Undisputed triumph of Design at the Maison & Objet fair

The Maison et Objet fair is coming to an end, and I have provided you with an Ebook, of our preferences, which you can download for free. 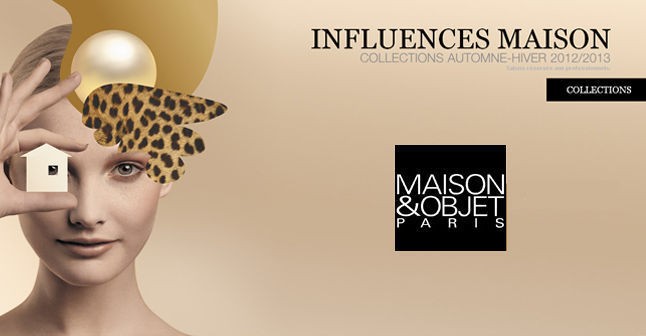 But today I would like you to watch this same salon, but with the gaze of a foreign journalist.

Jean-Claude Poitras works for the CANADIENNE magazine, Le Devoir, and here is his opinion on this show.

Throughout its biannual editions, Maison Objet has established itself as the international showcase and the unmissable event for the design world. By renewing its orientations each time and by mobilizing all the decoration professions, the Parisian show allows creation to emerge, to measure the evolution of trends and to rediscover the know-how of craftsmen and the tradition of craftsmanship. .

The latest cuvée, of undeniable richness, made us see it in all its colors by bringing design to the forefront and making it triumph on all fronts, well beyond borders. The event has thus become a provocateur of inspirations which actively campaigns for the promotion of talent and creation.

It is through a multitude of themes and innovative spaces that we have offered a wide transversal panorama covering all facets of design, by inviting us not only to exhibitions and showrooms, but also to forums, conferences and seminars.

Each year, the show features a star from the middle. For 2013, all the lights were on the work of Odile Decq, a graduate in architecture and town planning, who was awarded the Golden Lion in Venice in 1996. In addition to a retrospective retracing the times strong in her career, the flamboyant designer presented a journey through her universe where architecture and design transgress their limits.

The other guest of honor at this last edition was Joseph Dirand, an architect by training, who has enjoyed phenomenal success all over the world. Among his latest achievements, let us highlight the Monsieur Bleu restaurant at the Palais de Tokyo, which must be included on the list of must-see in Paris.

A benchmark show for high decoration, “Scenes of interiors” occupies a special place within Maison Objet. This is how Joseph Dirand was entrusted with the task of orchestrating his overall scenography. The grandiose staging would create a very classy setting, commensurate with the event which brings together the most prestigious luxury manufactures, the major house fashion brands and the most cutting-edge designers.

The next generation is not left out because, at each session, the show offers rising signatures a space of expression to present their work to professionals around the world.

Eager to celebrate design and make the whole of Paris vibrate, the organizers had Maison Objet coincide with Paris Design Week for the third year. This design week aims to encourage meetings and exchanges between actors and followers, in order to offer micro-conferences, screenings, visits to exhibitions, workshops, studios, shops and cult restaurants or connected.

The spirit of celebration has thus unfolded in each district around poles of attraction as varied as the Paul Bert Serpette market, the irresistible Saint-Ouen flea market and the Carrousel du Louvre, a high place of modernity, without forget Now! The OFF, the breeding ground for emerging talents grouped together at the Docks, Cité de la mode et du design, an extraordinary one recently installed on the banks of the Seine.

But what should we remember from this 2013 designer vintage? The exceptional diversity of objects, furniture and lighting presented, ranging from ethnic chic styles to post-industrial.

We are visibly witnessing the upheavals of ways of thinking and doing, as well as the invasion of design in all spheres of the art of living, acting as a real core full of energy, builder of the times and the future. . Creativity in all its forms has thus manifested itself by bringing together design and art, architecture and gastronomy. We live in the era of the democratization of design.

Curved lines are popular; exit the rigidity of straight or angular structures. On the furniture side, we opt for the finesse and lightness of the shapes, to the detriment of heavy or massive sofas. Very low furniture is in tune with the times. We love the use of raw or exotic woods, mixed with glass and steel, and we favor playful, ergonomic and nature-inspired shapes, as much for lamps as for utility objects.

The importance given in particular to high-end products at all levels continues to mark a fundamental difference between us and Europeans: a question of education or of good taste? We must admit that the ready-to-throw is much less intrusive than with us in the streets and interiors of Paris, Milan, London or Barcelona.

The revalorization of the know-how transmitted from generation to generation by craftsmen of fine crafts, like the little hands in haute couture, contributes to the rebirth of the great traditional houses of France, Belgium, Germany and France. 'Italy.

The time is undoubtedly all kinds of collaborations, co-branding and codesign. The time for individualism has sounded, making way for solidarity and the omnipresence of collectives of designers gathered around the stands of publishers or pavilions bearing the image of their nation.

Design is no longer the prerogative of countries that have always been recognized, of confirmed influencers and leaders, with Italy, France, Germany, Japan and the Scandinavian countries in the lead.

And emerging countries, large or small, seek to stand out by showing loud and clear their particular creativity with exceptional branding and by exhibiting the best of their designers. This is the case of Lithuania with its slogan Lituanian Design Block, of Iceland with Love Reykjavik, of Belgium, Latvia, Ecuador, Argentina, Lebanon, Tunisia, Vietnam and South Africa, among others.

We must mention the success, both media and commercial, of Taiwanese designers. Who would've believed that ? They who had always been accused of plagiarism and who were still recently given the label "poor quality" have thus remade a brand image after five years of participation in design fairs around the world.

Claiming their leitmotif Fresh Taiwan, see the difference, the designers of this small marginal island have succeeded in changing people's perception thanks to the determination of their government, which had the intelligence and temerity to bring together the ministries of the economy. , Culture and Tourism to adopt a revolutionary design policy.

“From the start, our goal was to transform the negative perception of the“ Made in Taiwan ”label, which has always stuck to our skin, into an impression of originality and avant-garde for“ Design in Taiwan ” , synonymous with excellence, ”explains the director of the Taiwan Design Center and curator of the collective, Patrick Hung. “We have established several design schools over the past 10 years and each year we organize the largest gathering of designers in the world, the Young Designers Exhibition. »More than 8000 students from 58 international schools covering all facets of design come together in Taipei to celebrate the latest trends. It is the largest exhibition of its kind in the world. Mr. Hung is also very proud that the capital of Taiwan was chosen in 2011 to be the host city of the International Congress of the Design Alliance, a mark of recognition that continues to have significant impact.

Delphine Prieur, of the Design Project agency, the Parisian press relations firm hired by the Taiwan Design Center to promote designers on the French market, adds: “I have rarely seen such a commitment from as much government authorities as creators, united around the same visionary and mobilizing project. This catalyst for innovation that is TCD today remains an admirable source of inspiration for me. "

Quebec, which shone once again by its absence from Maison Objet, the must-see in the design world, could surely learn lessons from the Taiwanese experience. It is also necessary that the policy has the will, the courage and the audacity to think, to see and to do things differently.

French journalist Caroline Wietzel, passionate about design, decoration specialist and contributor to Madame Figaro and AD magazines, reveals to us the ideas and trends that will mark the decade, on the decoration side, in a beautiful, well-crafted book which has just been published by editions of la Martinière, Decorative trend book. This book, which explains the trends of our time based on interviews with current designers and influencers, is a must for decoristas of all generations. Whether it is vintage which takes root in the near but sometimes distant past, or upcycling which interests so many young designers adept at recycling, eco-design, innovation, and which tends to reconcile knowledge - craftsmanship and technology, all the current trends impose their codes in a practical and attractive way. This beautifully illustrated and impeccably documented guide has everything to become a reference.

The capsule collections of major retailers drawn in collaboration with the stars of the day, from Véronique Cloutier to David Beckham, never cease to satisfy groupies as well as the celebrity press. RW & CO, the Quebec brand that shines across Canada, seems to have bet right by teaming up with young Hollywood actor from Vancouver, Hayden Christensen, for the launch of its new men's collection, available from November 7. Bellâtre with irresistible charm and keen on fashion, the star has imposed an innate sense of style on her sober clothes, subtly marrying classicism and modernism, beauty of materials and impeccable cuts. A success across the board. rw-co.com.

The Workshop b. in duet

Catherine Métivier and Anne-Marie Laflamme are two childhood friends who dreamed of creating their ready-to-wear collections as a duo by combining responsible materials, local production and innovation. It was in 2008 that they launched Atelier b., A line of interchangeable clothing for women and men, with minimalist and timeless shapes, which is now the joy of hipsters. The adventure continues with the recent opening of a workshop-boutique in the heart of Mile-End. The collection produced entirely in Montreal already has more than thirty points of sale in Canada. This challenge of designing an ethical and eco-responsible fashion, based on sustainable development in codesign, is in tune with the times. atelier-b.ca.